May 8, 2012 – Now in its 86th year, Trinidad State Junior College is the oldest community college in the state of Colorado. Every year TSJC opens doors for students in southern Colorado to explore their future. With an enrollment of about 2,200 students on two campuses, TSJC offers courses in many diverse areas including Gunsmithing. In addition, in January 2010 the Brownells ““ Trinidad American Firearms Technology Institute opened its doors to students wishing to learn how to operate a gunsmithing shop utilizing skills learned from a first and second year gunsmithing program. Students are able to study from an expert instructor in a state of-the-art facility, made possible by the partnership between Trinidad State Junior College and Brownells. Brownells is the largest supplier of firearms accessories and gunsmithing tools servicing customers for over 70 years. 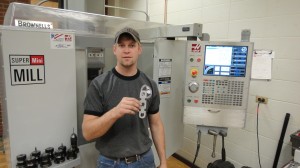 BobCAD-CAM and their new educational program called Manufacturers of The Future fully supports their Gunsmithing program that now has over 13 seats of BobCAD-CAM on site. Many of the students participate in the BobCAD-CAM “Work Ready” program and leave school with their personal seat of BobCAD-CAM software so that they have the edge in CNC software technology. 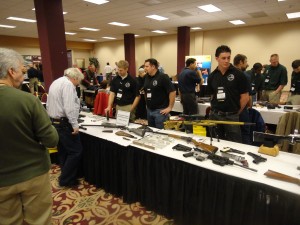 Speedy Gonzalez who is the Gunsmithing Instructor for Trinidad State Junior College was quoted by saying, “The project my students created for their final exam was so well received that an unprecedented invitation of the American Custom Gunmakers Guild was made to them. They were invited to bring the first ever “Black Gun” to a Guild Show. This has never been done or allowed and is sure to raise an eyebrow and cause controversy amongst its membership. They VP of the guild Glenn Fewless saw the creation by the students as a customizable platform unlike an off the shelf AR-15 that could lend itself to every aspect of guild work. Jason Dues has taken the lead on this project and has ordered Damascus steel in which to build the lower and will take the NRA short summer class on finishing Damascus steel by one of the Guild members to make the project spec perfect.”